What is it about collecting, that metaphorical itch you just can’t scratch?

I’ve been blessed/plagued by it for as long as I can remember. I’m a big comics fan, as is probably obvious to anyone who follows me here or Instagram/Twitter. For a good 20+ years, I collected comics, doing the whole bag & board thing, and always digging for the Mint-iest copy of every ‘Guaranteed Collector’s Item’ issue #1 that I bought at my LCS.

I stopped collecting comics years ago, mostly due to NYC space issues & other life issues. Now I’m just a guy who reads comics (mostly a trades guy) & frankly, it’s rather liberating to not be in the graded-comics arena.

So what did I do when I finally cut the cord on stockpiling comics? I started collecting art. Because I’m obviously an idiot who hates money and who’s addicted to the thrill of the search and the hunt. And while eBay basically sucked the joy out of finding a rare comic, the original comic art community still operates with a certain underground mentality. There are quite a few treasures that are buried in what we art guys call ‘black hole collections.’

I don’t buy too much original comic art these days because prices are stupid high, but I occasionally dip my toes in the water when something special grabs my attention.

The cover to the 10th anniversary edition of Neil Gaiman’s masterwork #AmericanGods grabbed my attention. 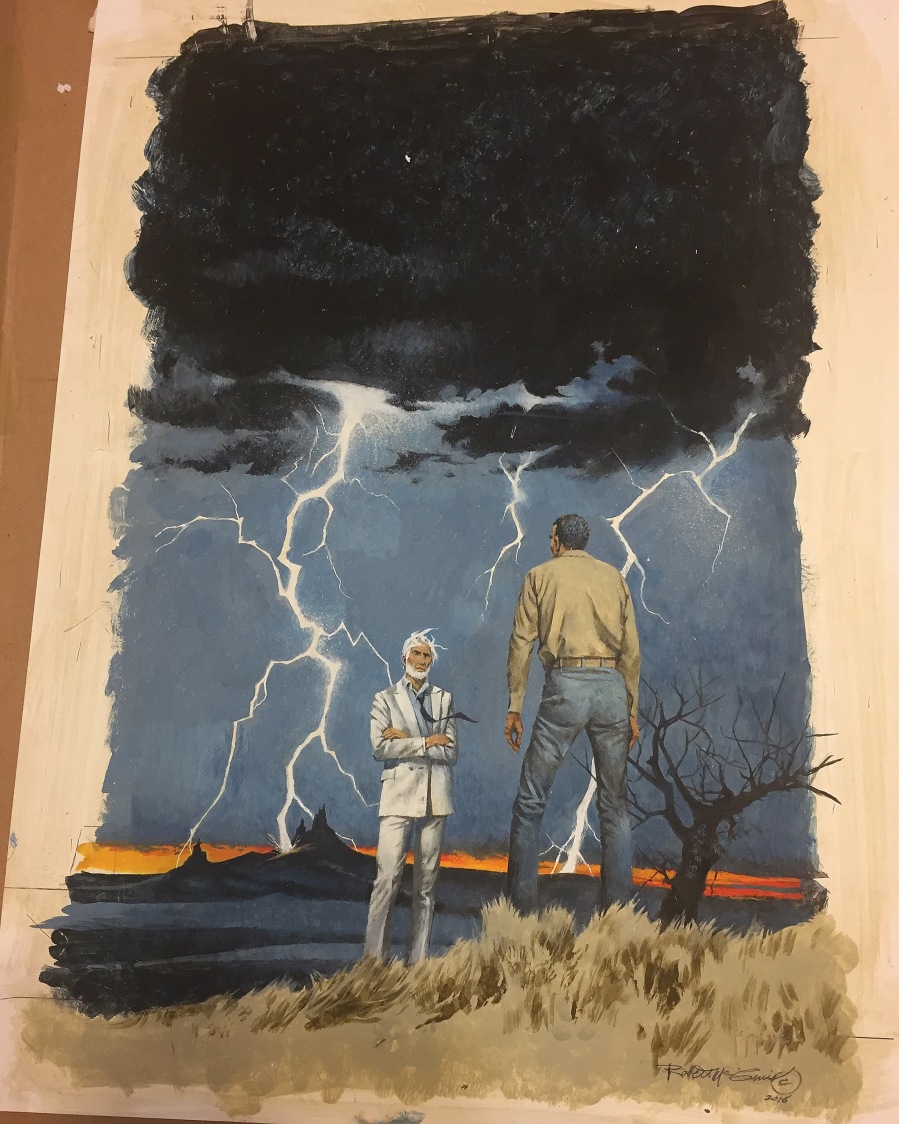 Quick backstory on this: Neil (not that we’re friends at all – but I feel like we’re close after reading so many of his stories, and hey, he did read one of his books to me once IN PERSON, but that’s a story for another day) wrote on his blog that he wanted this paperback edition to pay homage to the classic 60s paperback covers. He even asked the publisher to have the great artist Bob McGinnis, handle this cover — and he nailed it.

It encapsulates the mood of Neil’s great tale (the lightning background is an especially nice touch). This reminds me of a cover to a novel I would see on the shelves of the Book Barn when I was a kid. Anyway, it was so gripping I had to have it, and I’m proud to add this to my collection.

My daughter Alexia already has inherited my collecting gene.

She collects everything from Shopkins to rocks from our backyard. Frankly, I’m tickled pink by it. It’s something I can share with her and enjoy. My wife probably feels a bit differently. But while  I love that she shares my love of stuff, for the sake of my bank account, I hope she doesn’t gravitate towards original art! (I keed, I keed … but not really)